The scope of works included the dismantling and re-erecting of a grade 2 listed communication mast.
O’Brien Demolition were tasked with relocating the mast from the old Police HQ to the new Police HQ. The mast was designed and built in 1965 by Ove Arup. It is listed and therefore could not be damaged during relocation. O’Brien’s management team planned to dismantle and re-erect the mast the same way it was built in 1965, the mast stood at a height of 45m making it very difficult to lift and transport. 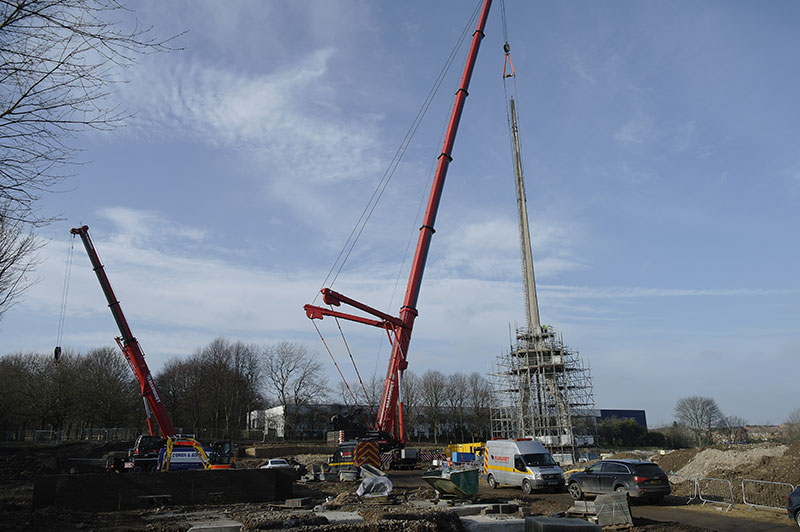 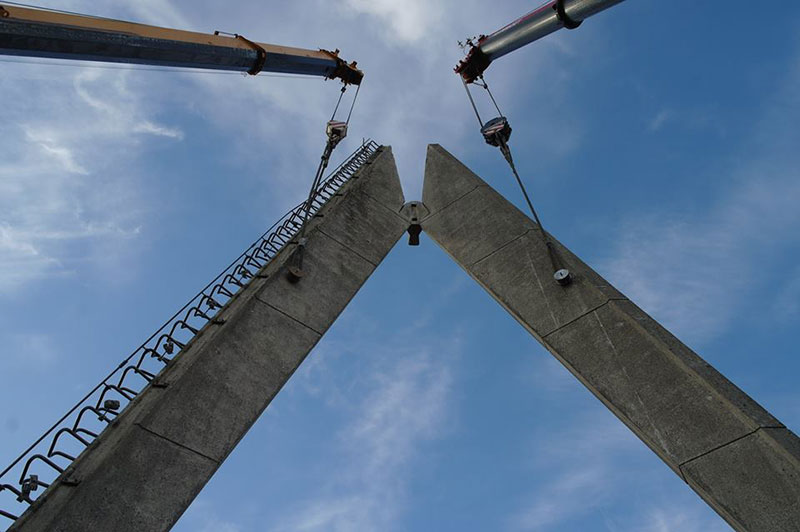 A specially designed lifting bracket was made and bolted to the mast at existing holes. This allowed the mast to be lifted without any damage. It was then ‘top and tailed’ using two mobile cranes and lowered on to a flat bed wagon to be transported to the new location. A police escort was required due to the length (30m).

To dismantle the remaining three leg (15m) we used three smaller mobile cranes (one on each leg) so that all legs were supported when the key stone was removed. The leg sections were then lifted on to transport and moved to the new location. We completed all ground works, piling and building of the new foundations ready for the mast to be re-erected. The mast was then erected in the same way as it was dismantled.

After you have typed in some text, hit ENTER to start searching...